The year 2020 was marked by the Corona pandemic. The energy industry was also strongly affected by the impact of the pandemic and the various lockdowns. As things stand, the winners are renewables, especially in the PPA sector, but also hydrogen as the industry’s new favourite topic.

The Covid 19 pandemic has significantly shaped the course of the energy industry in 2020. Due to social and economic constraints, electricity demand fell by 3.6 per cent compared to the previous year (source: Agora Energiewende). This led to different effects on the futures markets.

The effects of the pandemic

Global wholesale prices reached historic lows in March 2020. Brent oil recorded its lowest fall since the outbreak of the Gulf War in 1991 at 27 USD/barrel – about 50 per cent less than a few weeks earlier. Data and estimates suggest that global liquid fuels consumption fell by 9.0 million barrels per day in 2020 – the largest annual decline in EIA data since 1980 (Source: EIA).

With the first easing in May, commodity prices recovered and recorded a positive development. All commodity prices, be it coal, oil, electricity or CO2-certificates, moved upwards. Only gas prices showed a stagnating trend. With better economic prospects and the EU rescue package, prices on the commodity markets also rose over the summer.

With rising case numbers and fears of a second lockdown, prices fell in the autumn. Then, in early November, commodity prices were lifted by hopes of a vaccine. In addition, the clarity surrounding the presidential election outcome in the US contributed to the rise in oil prices. CO2-prices rose due to the EU Commission’s higher climate targets towards the end of last year. Milder weather throughout the year put pressure on gas prices. And even in winter 2020, they were sitting at an unusually low level (Source: montel).

The average price at the German front year for baseload electricity was 40.07 EUR/MWh, more than 7 EUR/MWh lower than the year before. The low point was reached at the beginning of the pandemic on 23 March and, despite setbacks, one could observe rather rising trends. At the end of the year, the closing price was just under 50 EUR/MWh (source: energate-messenger).

Figure 1 shows the price developments of the front year electricity Germany, as well as for CO2– certificates, oil and coal.

If you would like more information on the initial effects of the pandemic, please take a look at the blog posts “Coronavirus pandemic and the energy market: a quantitative assessment of medium-term developments” and “Connections and consequences of the corona pandemic on the energy market“.

Renewable energies came out on top in 2020 and they are the winners of the pandemic. The share of renewable energies in net public electricity generation in Germany reached a record high of 51 per cent last year. For the first time, they had a higher share than conventional energy sources. Both a good wind year and a good solar year contributed to this.

The 5.2 per cent decline in hard coal and lignite is largely due to the increased cost advantages of gas-fired power plants. Electricity generation from renewable energies in Germany was 233 billion kWh, an increase of 9.7 TWh compared to the previous year (source: montel). Figure 2 presents the shares of primary energy sources in net electricity generation in Germany. 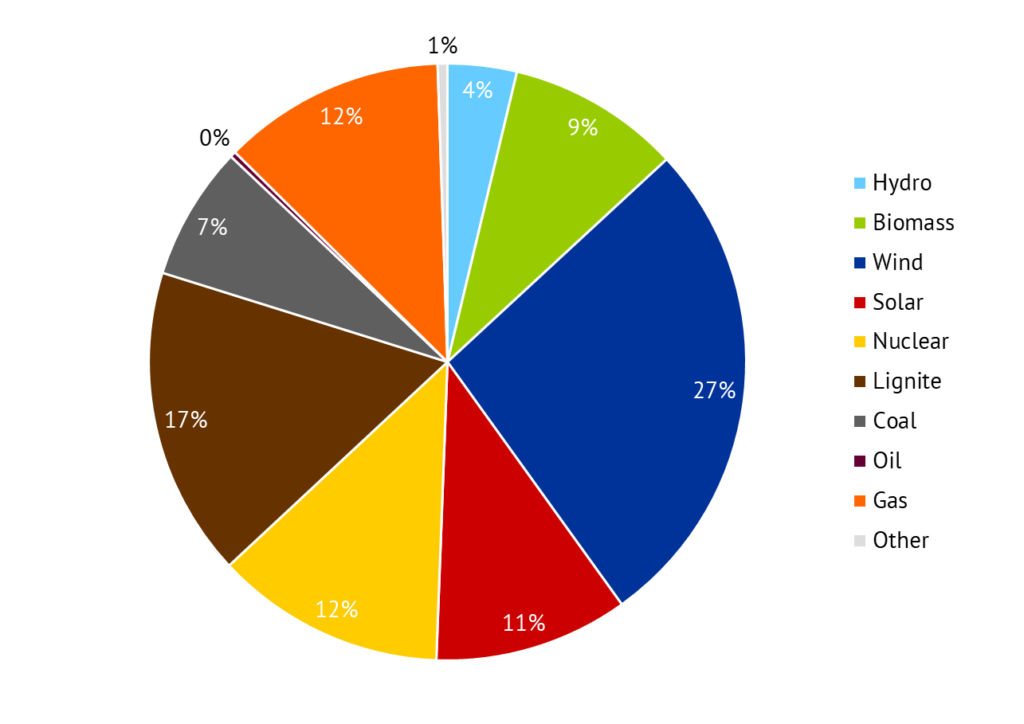 Due to the uncertain economic consequences of the Corona pandemic, demand for long-term power contracts with renewables fell significantly in March 2020. Demand recovered in the summer months. The reason was the increased interest in securing long-term contracts and no longer being exposed to the volatile electricity prices on the spot market. For example, spot market revenues for wind energy operators fell by 19 per cent last year due to the pandemic. Another key driver was primarily foreign markets such as Spain or the Scandinavian countries. However, increasing PPAs contracts can also be observed in Germany. Figure 3 shows the PPAs already concluded in Europe. PPA capacities are expected to grow from 2 GW to 5-6 GW by the end of 2021. (Source: Montel)

Most of the demand is being met particularly by large companies, which are pursuing a climate-neutral strategy. Last November, for example, DB concluded three new green power PPAs of almost 780 mio. kWh and wants to supply rail transport only with green power in 2038 (source: Energie&Management). 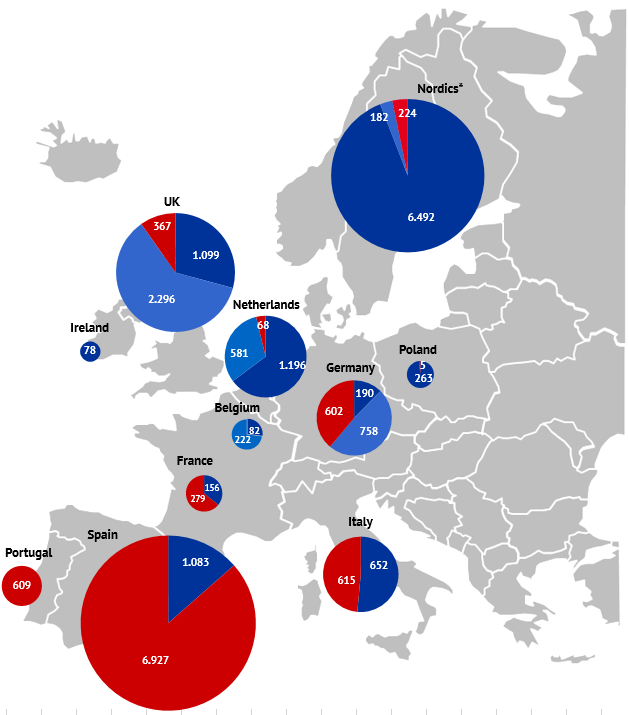 Figure 3: PPAs in Europe (accumulated in MW), only the PPA deals discussed in the trade press are shown, status: 2021 (source: Energy Brainpool)

PPAs remain an exciting and ever-changing topic. Therefore, we offer our well-received PPA seminar also in English this year. You can register for our live-online-training on 11 and 12 May 2021 „PPAs across Europe: Market data, pricing and risk management“ here.

Hydrogen as a key to a successful energy transition

Hydrogen is considered a promising energy carrier of the future. The Federal Ministry for Economic Affairs and Energy even goes so far as to call it a “key element for the energy transition in Germany”. It represents an alternative to fossil fuels and can be used across different sectors, thus offering great synergy potential. The primary areas of application will be the transport sector, the refinery sector and the chemical sector (source: BMWI).

The EU Commission presented its hydrogen strategy for a climate-neutral Europe in June 2020. This shows that the share of green hydrogen in the energy mix will increase by 10 percentage points by 2050 and that the hydrogen could meet up to 24 per cent of world energy demand in 2050. To meet this demand, up to 120 GW of new wind and PV capacity would be needed in Europe (source: PV Magazine).

In Germany, the National Hydrogen Council was founded in June as well to support the federal government with proposals and recommendations for action in the implementation and further development of the hydrogen strategy. The proposal to exempt green hydrogen from the EEG levy in order to support hydrogen technologies will probably be implemented in the middle of this year. This is intended to address the central problem of the lack of economic viability (source: BMWI).