Renewable energies are on a record course during the first half of 2018 in Germany, with around 41 percent of net electricity generation coming from renewable sources. This makes it easy to forget that other parameters are also important for the success of the energy transition. In particular, the goals of climate protection and efficiency are pushed to the background, as the monitoring report on the state of the energy transition and an accompanying statement of an expert commission shows. 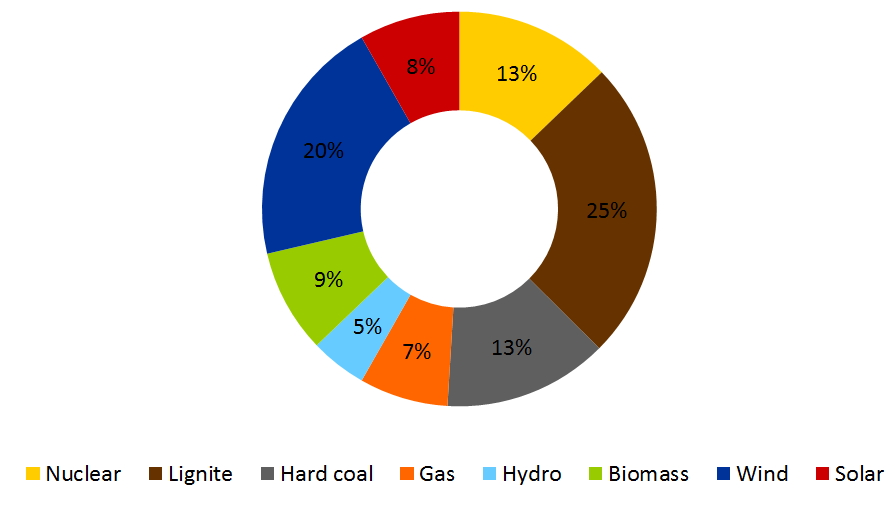 Figure 1: Electricity generation by energy source in Germany for the first half of 2018 in percent (source: Fraunhofer ISE)

Figure 2 shows the generation of the individual energy sources in the first half of 2018 as well as the changes compared with the same period last year. The increase in renewable and the decrease in conventional production is clearly visible here. 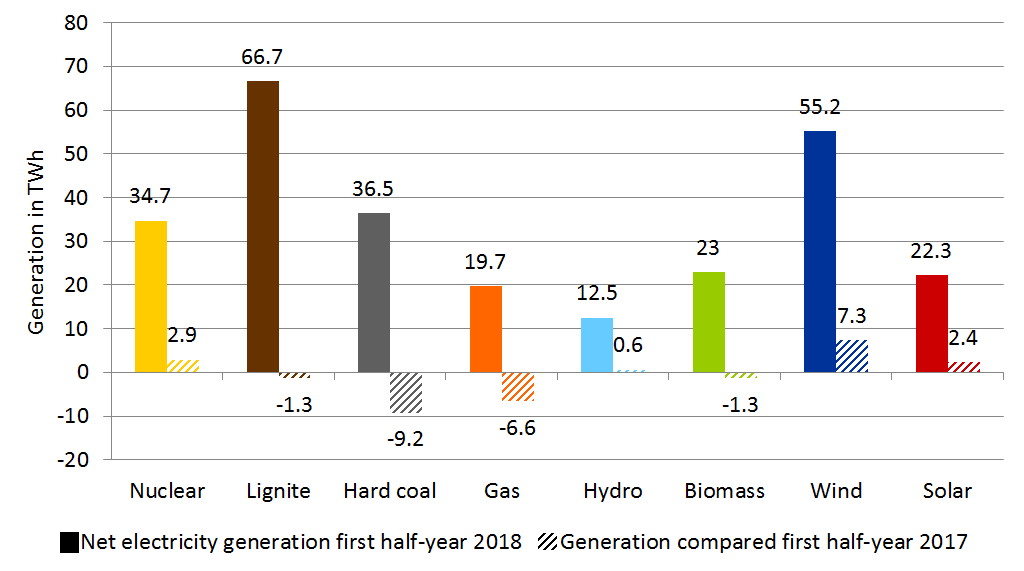 In total, solar and wind energy plants generated around 77.5 TWh of electricity in the first half of 2018. Interestingly, nuclear power generation increased compared to 2017 due to reduced maintenance and repair work and fuel element replacement. However, production from all other conventional energy sources declined. Generation from hard coal and gas-fired power plants in particular fell by 20 and 25 per cent compared with the first half of 2017. Increases in the flexibility of lignite-fired power plants in particular led to the replacement of hard coal and gas.

Exports also fell by 14 per cent compared to the first six months of 2017. Nevertheless, there was an export surplus of 22 TWh. Almost half of this went to the Netherlands, the rest to Austria, Switzerland and Poland. On average, the exported capacity was 5 GW.

Now the figures for renewable power generation could suggest that the energy transition is going like a clockwork. But it’s not that simple. This becomes clear in the annual monitoring report* on the energy transition of the Federal Government  and in particular in the statement of the expert commission published on this subject. The reports and opinions can also be found here (in German only).

Another point of criticism is the inadequate reduction of greenhouse gas emissions. Abandoning the 40 per cent target for 2020 will also make it difficult to achieve the 2030 target without far-reaching changes in energy supply and energy consumption. According to the statement: “Between 2017 and 2030, annual greenhouse gas emissions would have to be reduced three times more than in the years 2000 to 2017”.

Figure 3 shows a graphical representation of the overall assessment of the progress of the energy transition towards the 2020/2022 targets (source: BMWi).

Figure 3: Overall assessment of the Commission of Experts on the state of the energy transition towards the 2020/2022 target achievement (source: BMWi).

A switch to e-mobility could make the achievement of targets in the transport sector somewhat more likely. In this case, however, it also has to be taken into account that electricity consumption will be rising and that the expansion of renewable energies in electricity generation would therefore also have to be increased.

Furthermore, the first signals of higher CO2-certificate prices are finally having an impact in the electricity market and are making fossil generation more expensive compared to renewable energies. As a result, high-emission power plants could be driven out of the market. However, as mentioned at the beginning, lignite-fired power plants in particular are currently displacing lower-emission gas-fired power plants. The compromises reached in the German Commission for Growth, Structural Change and Employment (also called coal commission) must therefore be accompanied by the phase-out of coal-fired power plants in order to bring the climate targets within reach by 2030.

* For the year 2016 this was only published in mid-2018 due to the delay in finding a government.