While the tender for PV delivered lower prices in June 2019, there will be delays on the climate policy front. The details of a possible CO2-pricing and a climate-based tax reform are not to be announced until autumn. On the other hand, the second progress report on the energy transition makes it clear that many of the energy transition targets will not be achieved at the current rate of developments. While the spot market turned negative for several hours, the prices at the long end are falling with coal and gas.

Compared to the tender in March 2019, the average surcharge fell by more than one cent to 5.47 ct/kWh according to the Federal Network Agency. However, the tender results from June 2019 are about one ct/kWh above the results from 2018. The tender of 150 MW was more than 3.5 times oversubscribed with 556 MW of bids submitted.

Two-thirds of the 205 MW tendered went to Mecklenburg-Pomerania, with the successful capacity exceeding the quantity tendered by a good 50 MW. According to the Federal Network Agency (source: Montel), this was due to a very large successful bid which formed the tender award limit. Figure 1 shows the results of the German solar tenders since the beginning of 2018. 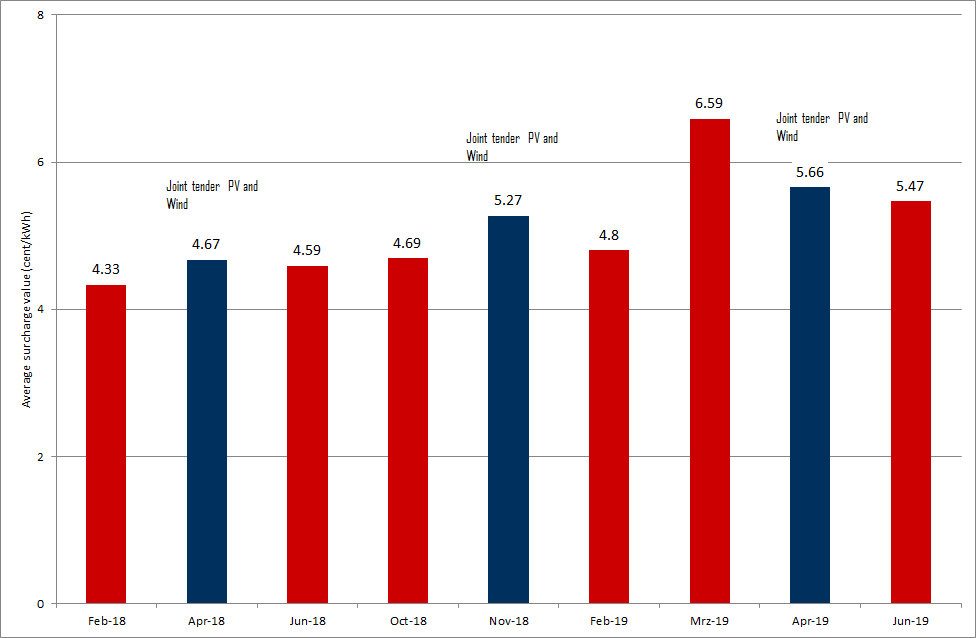 Figure 1: average tender value of solar tenders in Germany since the beginning of 2018 in ct/kWh (source: Energy Brainpool)

The higher surcharge values in 2019 are clearly visible. Furthermore, the next technology-specific PV tender in October of this year will show whether prices will fall below the 5 ct/kWh mark again.

The success of the Greens in the European elections seems to have brought the issue of climate protection to the forefront for the current government once again. In September, the governing coalition wants to decide how the building, transport and agricultural sectors should reduce their CO2 emissions, Chancellor Merkel announced at the beginning of June (source: Montel).

By 2030, Germany wants to reduce its CO2 emissions by 55 percent compared with 1990 levels. To achieve this, many levers must be set in motion. The government has slowly but surely become aware of this.

Many associations, scientists, but also politicians are therefore in favour of a CO2-price that provides incentives for greenhouse gas reduction in the non-ETS sectors. Thus, the CDU-party wants to work out and present a climate-based tax reform by autumn. The current system of levies, charges and taxes is not aimed at CO2 reduction and must be modernised.

Reliable statements needed for the economy

The economy, too, needs a reliable statement in order to be able to make decisions at company level in the medium and long term. Will there be an additional CO2 price and if so, in what amount? A figure of 30 to 50 EUR/tonne is under discussion. The prices for CO2-certificates in the ETS stood at around 25 EUR/tonne in June 2019.

It will be an intensive autumn and winter: the coal phase-out, a climate-based tax reform and the climate protection law (source: Montel) will have to be discussed and passed.

The fact that a reform of the current climate protection measures is necessary was also shown by the second progress report on energy transition. At the beginning of June, the document was published by the Federal Government. The second progress report describes the status of the energy system transformation until the end of 2017 and is accompanied by a statement from a commission of experts.

Only the expansion of renewable energies in the electricity sector is on track for 2020. According to the expert commission, however, the achievement of many other goals of the German government is not guaranteed or even unlikely (source: PV Magazine).

Particularly with regard to the reduction of CO2-emissions, the speed would have to triple in order to achieve the climate target for 2030: from 1.2 percent reduction per year to an annual reduction of 3.6 percent (source: Erneuerbare Energien). The increase in final energy productivity and the reduction in energy consumption in the building and transport sectors will also be clearly missed. 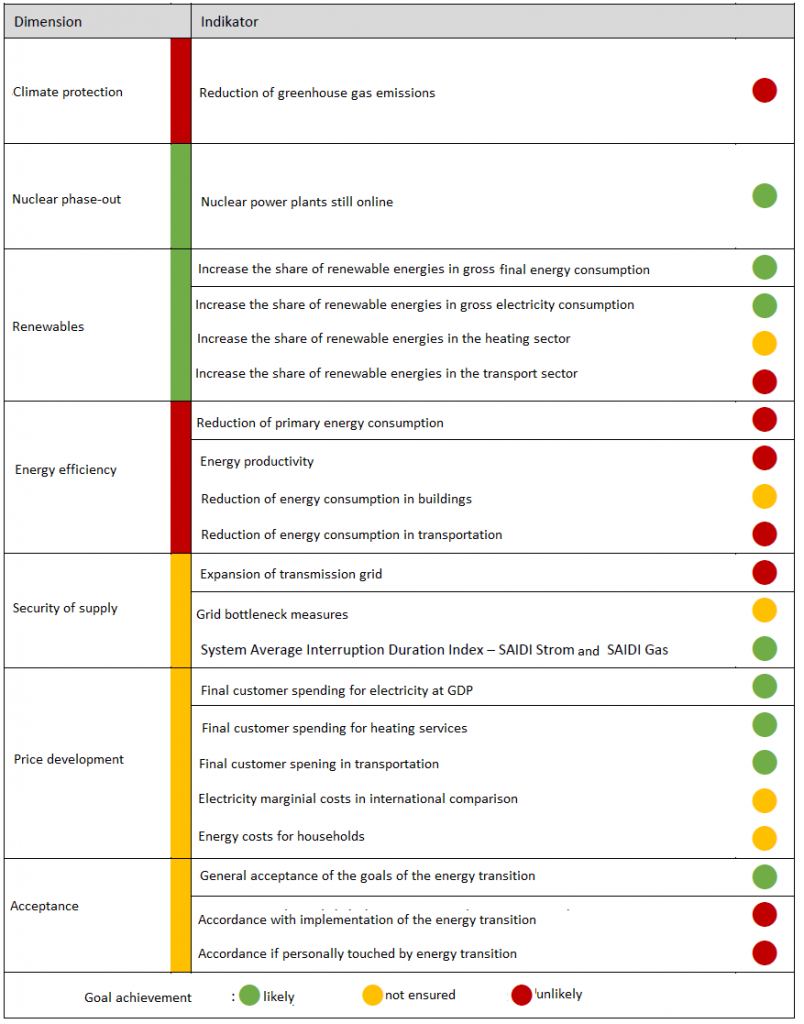 Low prices in the energy complex

The futures markets trend was further downwards. Since mid-April 2019, prices for all commodities have been falling. Coal prices for next year now stand at 64 USD/tonne, a good 10 EUR lower than in April. Oil prices developed similarly, falling from 72 USD/barrel to below 60 USD/barrel in mid-June 2019. However, the disputes between the US and Iran led to rising oil prices (USD 65/barrel) in the second half of June. In particular, the Strait of Hormuz, which is important for the oil trade, could be affected by tensions in the Middle East.

The fall in gas and CO2 prices is also depressing the prices for the German front year for electricity. The baseload contract for electricity 2020 at the end of June oscillated around 47 EUR/MWh, compared with over 50 EUR/MWh in April of this year.

Figure 3 shows the relative price changes of the front year contracts in the period from mid-April to the end of June 2019 and illustrates the price decline. The decline was only stopped by increasing CO2-prices by the end of June along a heat wave in Europe.