Sector coupling, negative prices and Jamaica – what happened in October 2017?

The PV-tender for October 2017 resulted in a drop of the average price level below 5 cent/kWh. Simultaneously, the cost allocation under the German Renewable Energy Act (EEG levy) decreases for 2018. The discussion concerning sector coupling continues to gain momentum, although the prospective German “Jamaica” government did not yet set clear lines regarding the energy policy. The spot market prices reached record-breaking levels both on the positive and negative scale in October 2017.

200 MW of PV power were tendered for the bidding date of the 1st of October 2017. However, a total of 750 MW participated in the tender. This oversubscription might have been one reason for the increasingly lowsurcharge values. The bid values of the awarded projects varied between 4.29 cent/kWh and 5.06 cent/kWh with an average weighted value of 4.91 cent/kWh. The value compared to the tender of June 2017 drops by more than 0,7 cent/kWh.  Moreover Bavaria obtained most of the project awards, while three bids have a volume of more than 20 MW (Source: Bundesnetzagentur). Figure 1 depicts the average price level of the PV-tenders in Germany since April 2015 (Germany-Denmark cross-border tender in red). The values went down by 2 cent/kWh since the end of 2016 already. 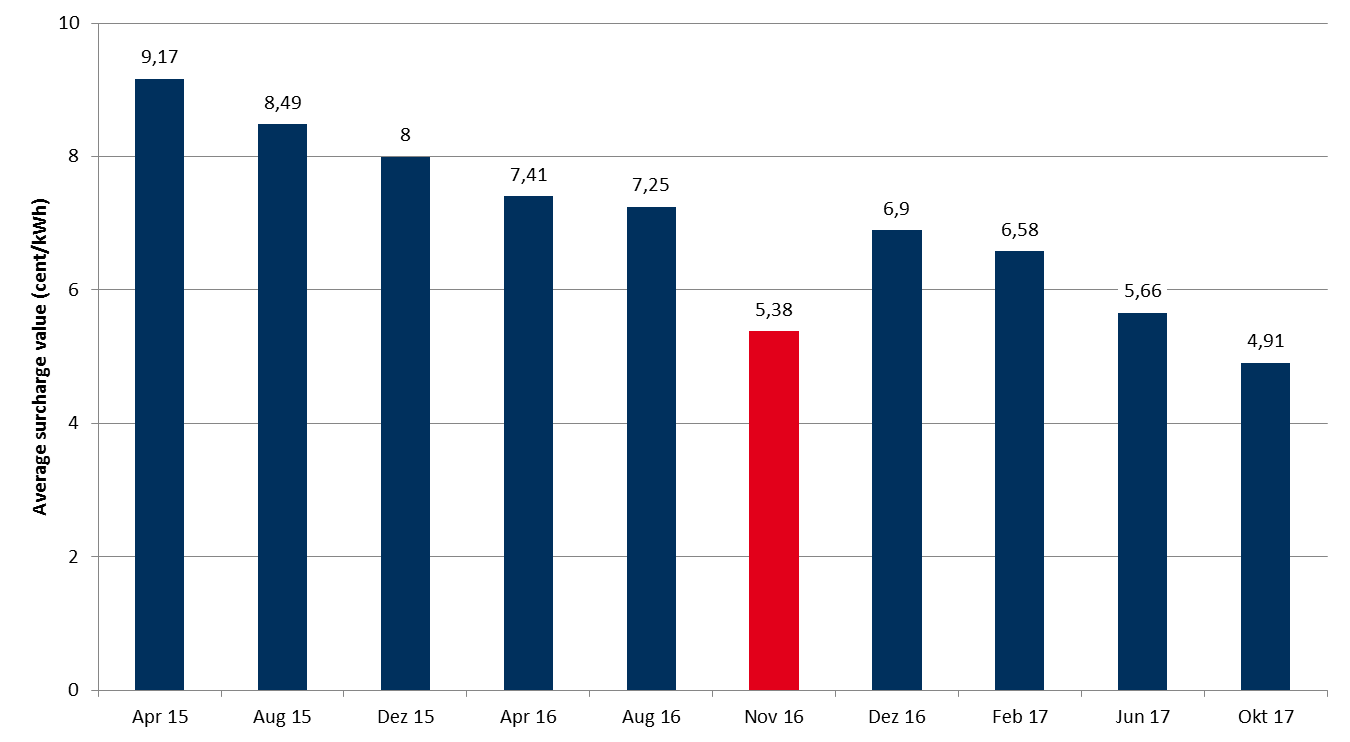 The decrease of the EEG-levy for 2018 with an amount of 6,792 cent/kWh or 1.3 percent in comparison to 6,88 cent/kWh in 2017 demonstrates a similarly positive development. The new EEG-levy was published by the transmission system operators (TSOs) in mid-October. The reasons behind this decrease are the high level of the EEG-levy account of the TSOs and the increased stock market price on the short-term spot market (Source: Bundesnetzagentur). Despite the fact that there is no increase of the EEG-levy in 2018, the energy economy associations demand a fundamental reform of the tax and levy system in the electricity sector. Thereby, two birds shall be killed with one stone. Firstly the consumer should be relieved, while the utilization of electricity in the heat and transport sectors should become more competitive.

It is therefore not surprising that almost all stakeholders continue to raise the topic of sector coupling. The VKU advocates investments in grids, flexible components and storage, as well as change in the levy and remuneration system. Thus, the electricity can be used economically in other sectors (Source: Energate). The BEE sees success in the sector coupling only in the case of a tax reform, which, above all, should give more consideration to the pricing of CO2. “A correction of the market design could happen in form of a national CO2 tax. In order to avoid additional costs for consumers, the electricity tax should be dropped”, declared BEE Managing Director Röttgen (Source: Energate). The German Energy Agency (Dena) also presents its favor for the sector coupling in its lead study “Integrated Energy Transition” (Source: Dena). Similar to Open Grid Europe (Source: Energate), Dena sees the gas industry, in particular the gas grid, as a valuable infrastructure for a cheap and safe technology mix at a 80 percent decarbonisation.

Learn more about sector coupling in our seminar “Sector Coupling – Opportunity and Challenge” on 28th of November 2017 in Berlin (in German, but also offered in English).

The pressure for change from the side of the stakeholders and industry depends on the current coalition discussions between CDU/CSU, FDP and the Green Party. Thus, the future Jamaica-coalition will be attuned to the needs and demands of the industry. It is certain that the new government’s energy policy will be one of the sticking points for its success. Due to the disputes over the coal exit and the national CO2-price, the first discussions on the energy policy on the 26th of October were postponed. Read our five theses on the energy market under “Jamaica”. 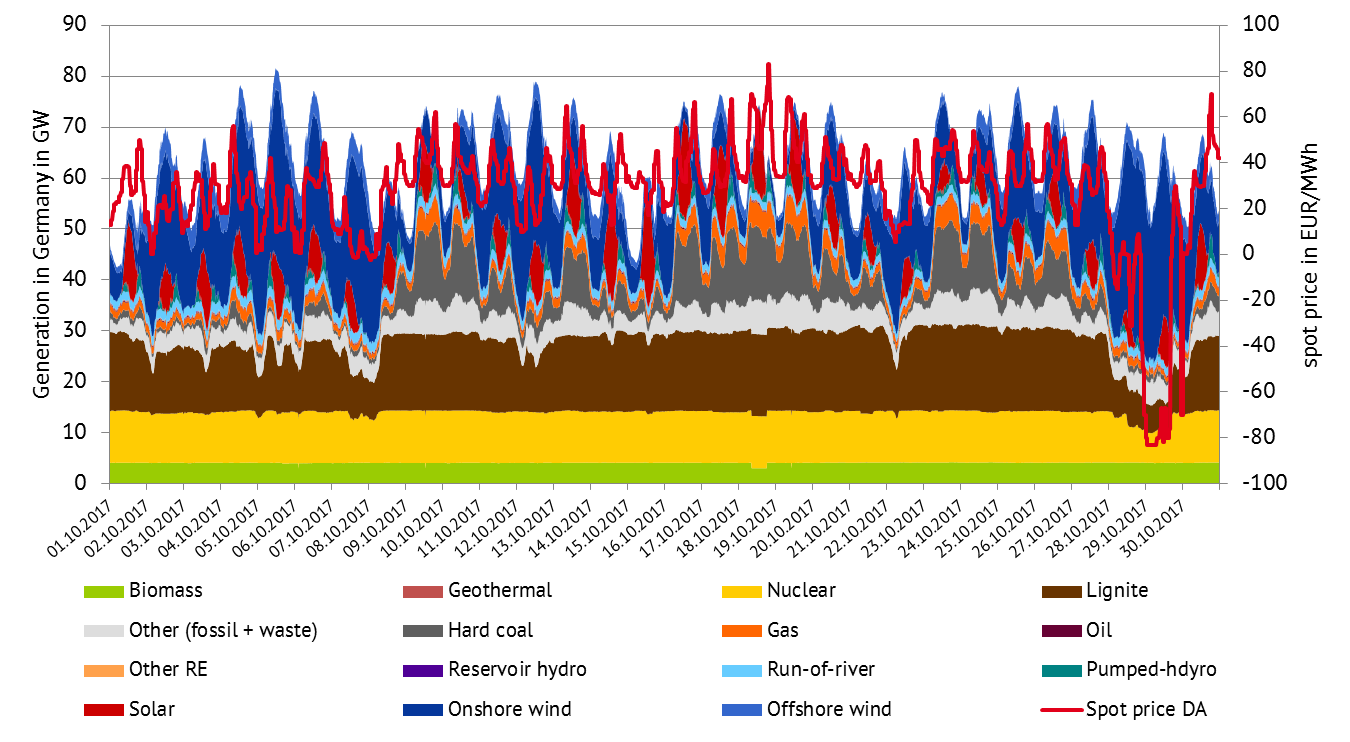 Starting signal for Redispatch with home-storage and Blockchain