On a quarterly basis, we take a look at the theoretically achievable sales revenues of onshore and offshore wind turbines as well as photovoltaic systems and we analyse the respective background.

How are sales values and sales revenues for wind and PV determined? It is very important to understand this considering the expansion of variable renewable energy (vRE) systems without support from fixed feed-in tariffs. Whoever wants to sell electricity from vRE plants freely on the market, must know the expected market prices. Moreover, the revenue potential of the respective plant portfolio depends on a combination of market prices and the time series of power generation.

Development of the sales values in Q4 2019 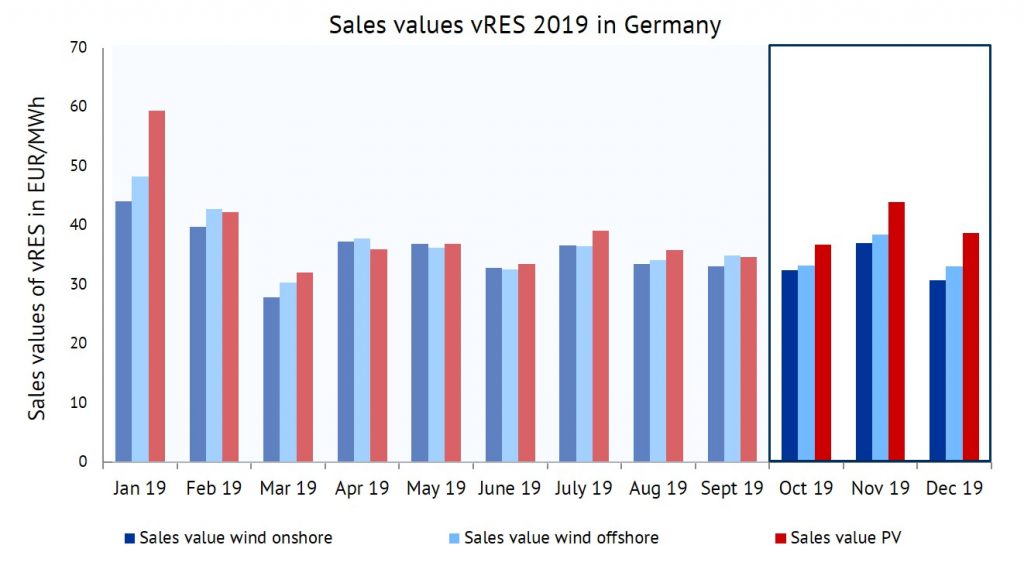 Looking at the technologies individually, it can be said that the sales value of PV in Q4 improved significantly by 9 percent compared with Q3. Wind, on the other hand, showed a slight deterioration (-2.8 percent onshore, -0.7 percent offshore in Q4 compared to Q3).

Compared to the same period of the previous year (Q4 2018), all VRE technologies show a significant decline in the sales value of around 30 percent each. One important reason for this is that the average base price for the quarter was approximately 31 percent lower than in the same quarter of the previous year. (see below for more information)

Development of generation and sales volumes in Q4 2019 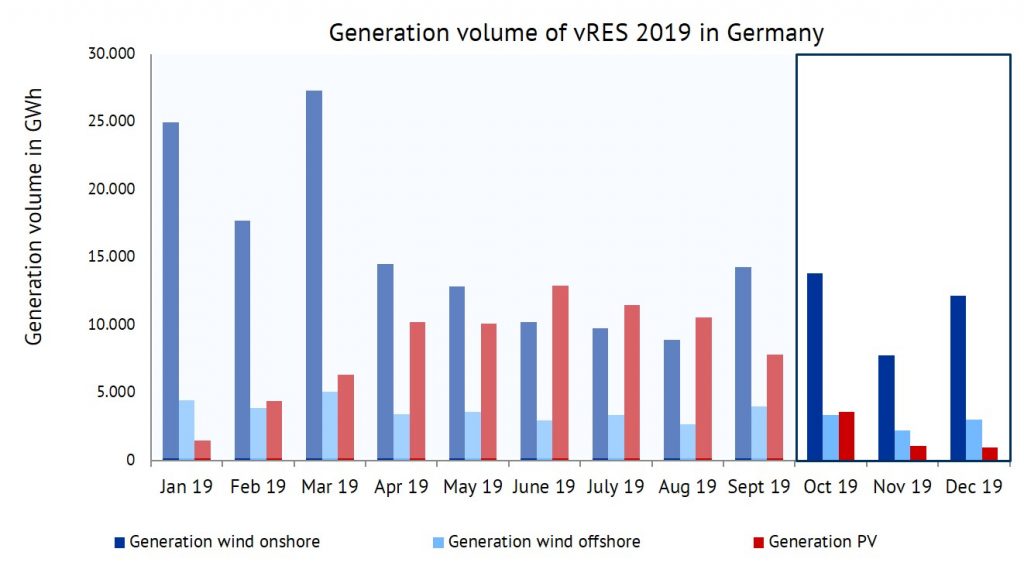 As expected, PV generation volumes in Q4 are lower than in the summer quarters (minus 81 percent compared to Q3), but in Q4 2019 they are also 37 percent lower than in the same quarter of the previous year. This seasonality for PV is clearly visible in Figure 2, however, for wind it is less pronounced.

At that time, a massive wind front was over Germany, generating an average of over 30 GW of electricity, as also described in the December 2019 market review.

The sales revenues describe the technology-specific average revenues of the vRE plants in Germany. They are calculated as the product of the sales value and the sales volume. The baseload price is the average price (non-weighted) of the day-ahead auctions at EPEX Spot power exchange. 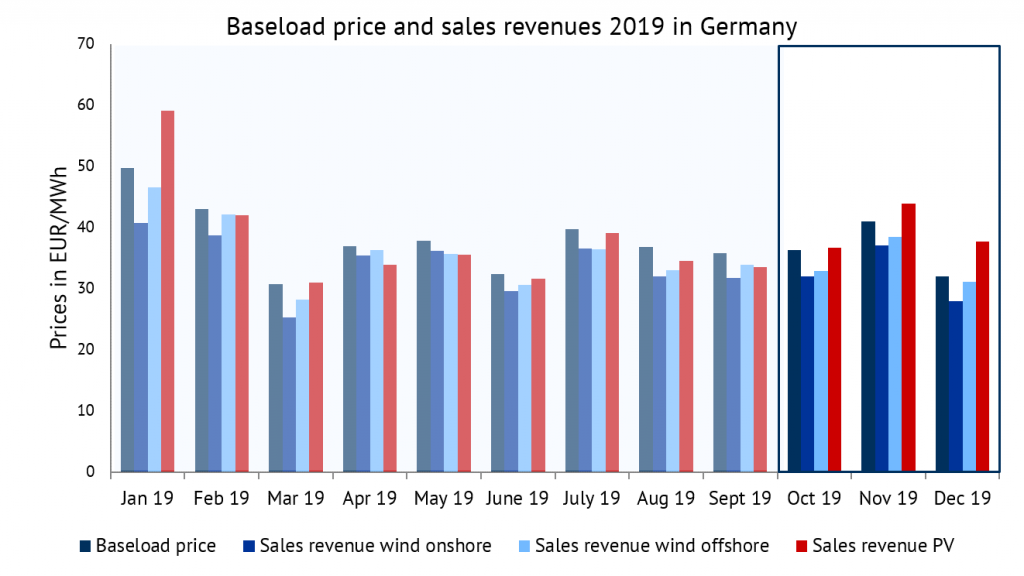 Figure 3 shows the comparison of monthly sales revenues and baseload prices. Historically, the baseload price in Germany has always been lower in summer than in winter, as demand is higher in winter. However, the increase in the number of VRE plants has repeatedly broken this pattern. The relatively low baseload prices in December 2019 are partly the result of high wind power generation. However, prices could have been even lower if the wind supply had been greater during the Christmas holidays until New Years’s Eve when demand was weak.

In November, the share of wind energy in power generation was rather low, so that coal and gas power plants were used more frequently and peak prices of over 70 EUR/MWh arose at times.

Monthly sales revenues for PV in Q4 2019 were always above the baseload price, in contrast to 7 other months of the year. The lack of cannibalization of PV systems during the winter months with little sunshine led to this result. Consequently, the marketing revenues of Wind Onshore and Wind Offshore were always below the baseload price in Q4. The cannibalisation effect plays a key role here.

With large wind fronts, the price on the electricity exchange is massively depressed and the kilowatt hours fed in from the wind turbines have a low value. Since offshore wind turbines have less generation capacity and a more constant feed-in profile, cannibalisation does not (yet) have such a strong impact here.

Climate package, PPAs and renewables: the most important issues in the energy sector in 2019

Agile, Scrum, New Work: Is that useful or can we do without it?