During the first seven months of 2017 Chinese project developers installed PV power plants with a capacity of 35 GW according to Asia Europe Clean Energy (Solar) Advisory and data of the National Energy Administration (Source: PV Magazine).

Thus the country surpassed the record build-up of capacity of 34 GW in 2016 already until the end of July 2017. Moreover, the cumulative capacity of China now stands at more than 112 GW, which is higher than the 110 GW target for 2020 in the 13th Five-Year-Plan.

According to market analysists total installed capacity for China by the end of 2017 might range between 40 and 45 GW, making up almost half of the global PV capacity additions (Source: PV Magazine, IHS Markit).

Other Chinese generation additions for the period of January to July 2017 are depicted in figure 1. 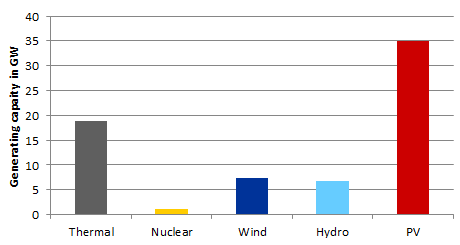 Figure 1: Addition of generating capacity during 2017 in China (until end of July 2017 in GW). Source: Energy Brainpool