On behalf of Agora Energiewende and the China National Renewable Energy Centre (CNREC), Energy Brainpool investigated the Chinese power supply. It became clear that the power system is in a significant transition. The increasing regenerative supply is followed by stagnating CO2 emissions since 2013.

Economic growth and energy consumption are beginning to develop less in parallel which is not at least due to efficiency measures of the energy-intensive industry. While GDP has risen by 90 per cent since 2010, primary energy consumption has increased by just 20 per cent and thus energy intensity has declined (cf. Figure 1). 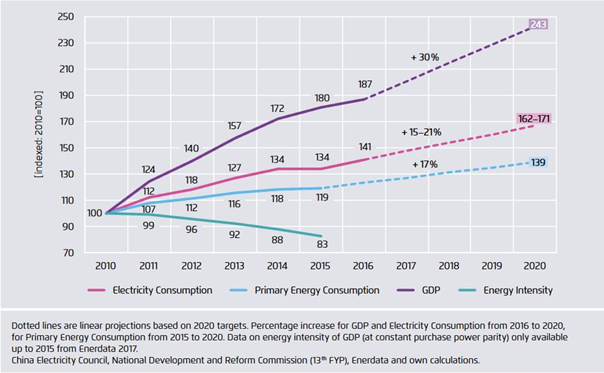 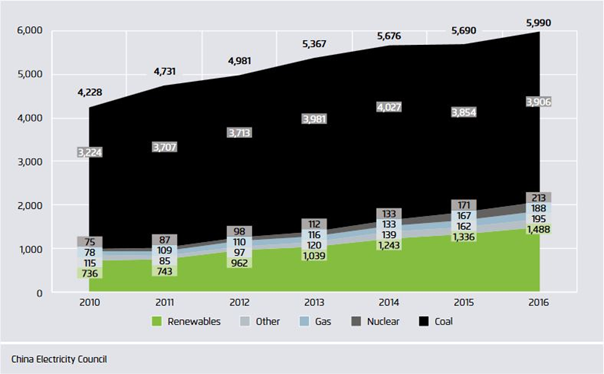 With 65 per cent, coal accounted for the largest share of Chinese electricity while renewables made up 25 per cent. Power generation from coal grew by only 1.3 per cent in comparison to the previous year, whereas wind and solar energy skyrocketed with a growth of 30 and 72 percent, respectively. Nuclear energy (+24 percent) and natural gas (+13 percent) rose more moderately. Hydro power accounted for the majority of the renewable electricity generation (80 percent). Wind and solar are supported via a feed-in tariff and are becoming increasingly established. Wind accounted for 4 per cent and solar for 1 per cent of total electricity generation, as can be inferred from Figure 3. 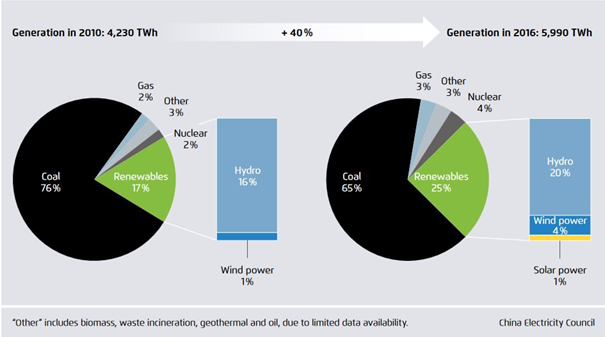 Figure 3: Power generation mix in China 2010 and 2016: while the share of coal is declining, the share of renewable is increasing. Source: Agora Energiewende

In 2016, 34 GW PV were installed in China setting a new worldwide record. The remarkable construction of new installations, also in the wind sector is not just an advantage. Most of the installations are located in the north-west of China and the consumption centers are in the East. Bottlenecks in the transmission grid occur more frequently. At the same time, the coal-fired power plants were guaranteed full load hours of operation. Both together lead to increasing curtailment rates, in 2016 an average of 17 per cent. For this reason, the expansion of renewable energies in some provinces, such as Gansu and Xinjiang is being slowed down.

In order to integrate the planned capacities shown in Figure 4 into the system, China is also focusing on a strong expansion of its electricity grid. 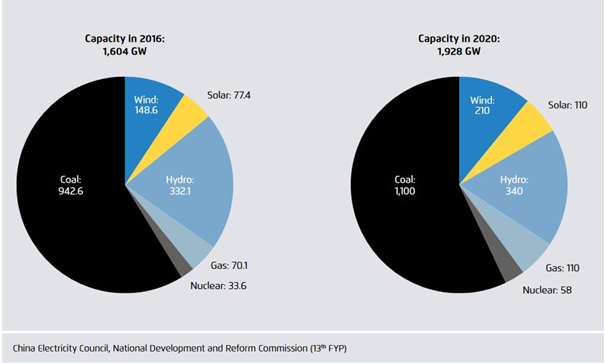 Figure 4: Installed generating capacities in China’s power sector in 2016 and 2020 in GW: a capacity increase of more than 20 percent, or more than 300 GW, is planned. Source: Agora Energiewende

The entire report in English can be downloaded here: