A volatile February 2018 stirs up the industry

Both the negotiations on the German coalition agreement and the prices on commodity exchanges were very volatile in February 2018. PPAs are becoming increasingly attractive and the results of the tenders for renewable energies speak for themselves.

Two important incidents occured at the beginning of February 2018. First, the most important meet-up of the European energy industry took place, the E-world. Second, the parties SPD and CDU/CSU agreed on their coalition agreement. In the areas of energy and climate, the parties want to address the following issues in particular:

The selection shows diverse ambitions and at the same time, also the great need to produce effective results in all areas. CDU politician Peter Altmaier will become Federal Minister of Economics in the new edition of the Grand Coalition. He will therefore be responsible for a large part of the implementation of the above points.

The E-world as an industry barometer

While the coalition agreement was negotiated and published on the political stage, the European energy sector met at the annual fair E-world in Essen. The main topics that affect the industry are the rather slow progress of digitalisation and the whole range of topics related to PPAs, long-term electricity supply contracts, especially with renewable energies. The financial evaluation of PPAs is particularly important here. This entails the contract price and the design of the price components. In our white paper, we have calculated a price for PPAs which divides the opportunities and risks of producers and buyers in a pareto efficient way.

It is therefore not surprising that large energy companies are engaged in the field of PPAs. Swiss company Axpo is betting particularly on the installations that will fall out of financial EEG subsidies after 20 years. Projects in other countries are regularly financed by PPAs while the topic of PPAs in Germany will probably only gain momentum from the beginning and middle of the 2020s onwards, . For instance, Axpo is building a 25 MW solar park in Portugal, which is built with a 10 to 15 year agreement and free of any other financial support (Source: Energate).

Vattenfall has also entered the market for long-term power purchase agreements. The utility has signed three solar projects with a total capacity of 38 MW in the Netherlands. The operators of solar systems could reduce their dependency on price fluctuations through PPAs, says Vattenfall. (Source: Energate).

With all the euphoria about PPAs, however, the value of the electricity generated should be professionally determined over the duration of the contract or project. Otherwise, one of the two contracting parties will likely end up with a disadvantage.

With the publication of the tender results for PV and wind by the Federal Network Agency, it became clear that the new rules for citizen energy wind parks have stopped a further decline in prices. At 4.73 cents/kWh, the average bid price was up by more than 20 percent compared to the previous bidding process in November 2017. In addition, the dominance of community energy companies has decreased: from more than 90 percent of the winning bids to about 20 percent.

With an average value of 4.33 cent/kWh, PV was cheaper than wind energy for the first time in a German tender. The lowest bid value of a successful project was only 3.86 cent/kWh; the highest was 4.59 cent/kWh. Ten of the 24 contracts were awarded to projects in Bavaria, while the tender capacity of 200 MW was almost 3 times oversubscribed (Source: PV Magazine). Figure 1 shows the tender results for renewable energies in Germany since the beginning of 2017. Clearly, prices have fallen considerably over the last 12 months and are increasingly approaching wholesale prices on the electricity market. 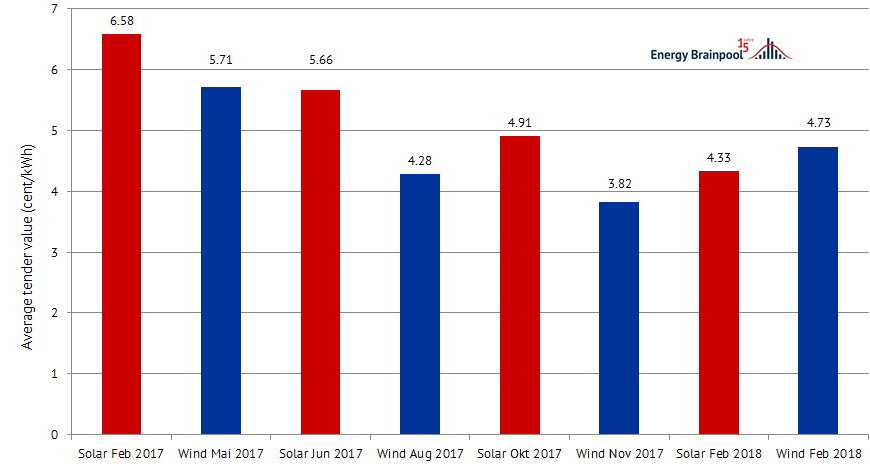 Figure 1: Results of wind and PV tenders in Germany since 2017, source: Energy Brainpool

Commodities in a cold spell

As shown in Figure 2, the price for base load supply for electricity in Germany for the year 2019 fell by about 3 EUR/MWh from the beginning of 2018 to the end of February. However, the lead contract for next year experienced a roller coaster ride in February. In the first third of the month, the price fell to less than 33 EUR/MWh, and in the second third it fell back to the 35 EUR/MWh mark. The drop in prices at the beginning of the month was mainly due to the collapse in the price of coal prices. The API2 index for coal supplies fell from about 85 USD/t to below 78 USD/t and pulled electricity down along with it.

Towards the middle of the month the high quotations for CO2 certificates became noticeable, which in February 2018 barely went below the 9 EUR/t. At the same time, the price of coal rose and also increased again, and the price of electricity rose to up to 35 EUR/MWh. The rise in prices was also supported by the cold spell of High Hartmut, which pushed up gas prices in the day-ahead market for Germany and the Netherlands accordingly. The Day-Ahead price in many European markets went up to all-time highs (Source: Montel), which was also the same in the German NCG market area (Figure 3). 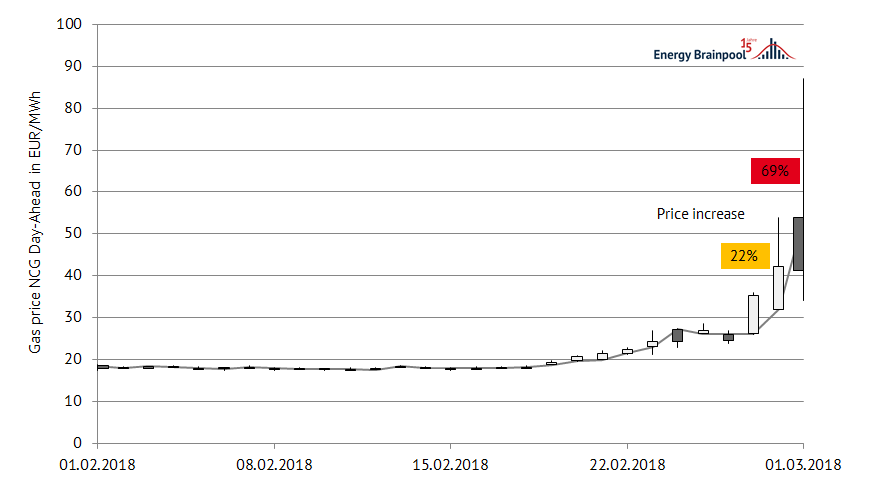 Figure 3: Price development for the day-ahead supply of gas in the NCG market area in February 2018, (Data source: Montel)

Of course, the volatility on the derivatives market is only slight compared to the price changes on the spot market (see Figure 4).

In February 2018, high wind feed-in coincided with a lower demand several times, and negative prices for two hours on Sunday the 11th of February and three hours on Saturday the 24th of February resulted.

The low temperatures, however, are reflected in higher consumption towards the end of February and led to higher spot market prices of about 45 to 50 EUR/MWh, with highs of up to 80 EUR/MWh.

January 2018 shows where we will head to