26. March 2018 / Simon Göß / Comments Off on Is there enough lithium to feed the need for batteries?
Analysis: E-mobility, Storage

Installation rates for residential solar energy systems have increased dramatically over the past decade. As the industry grows, so too does the small but growing market for solar batteries. For homeowners who live off the grid, a solar battery is crucial. But solar batteries are also common in homes that are tied to unreliable grids, or homes under time-of-use rates that want to maximize their savings. 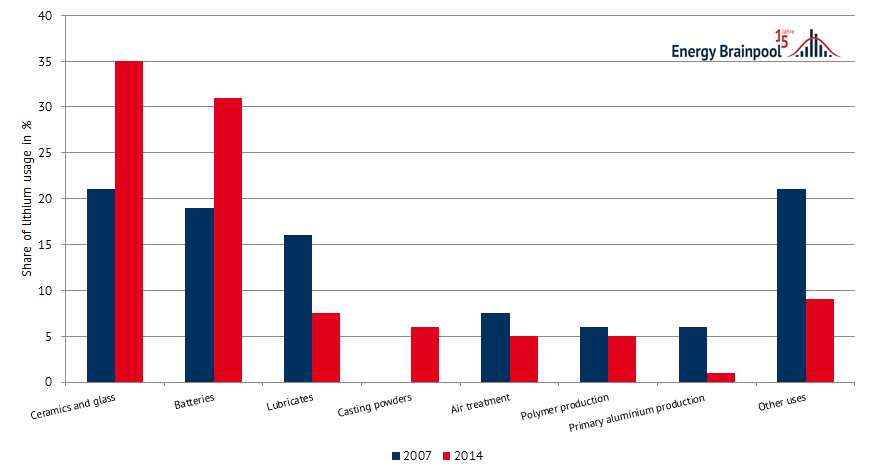 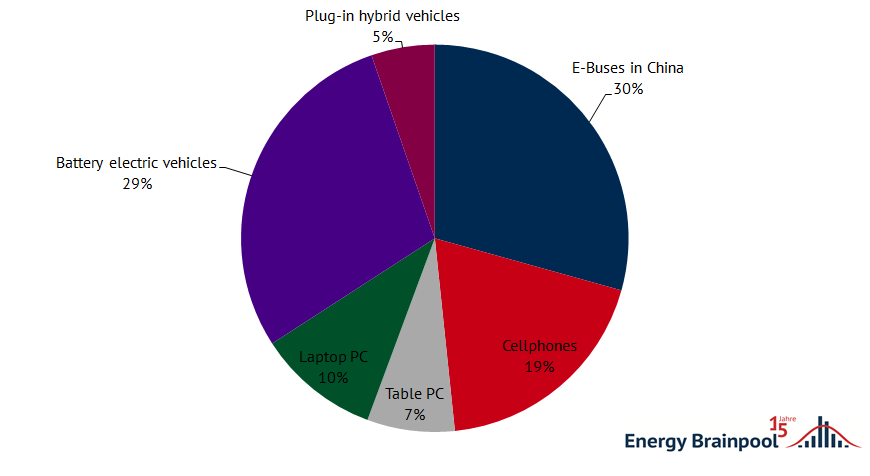 Each of these technologies has become more common over the past couple decades, and as a result, the demand for lithium has grown at a corresponding rate.

High demand by the car industry

And demand, driven by the auto industry, shows no sign of slowing down. Ford and GM announced last year that they’ll be dramatically expanding their electric vehicle offerings, with new models planned for production this year and up to 20 different electric vehicles available by 2023. When Tesla’s Gigafactory 1, located in Nevada, reaches full production, the company will produce batteries for 500,000 cars per year in addition to those installed in its home solar battery system, the Powerwall.

But the scramble for lithium has some analysts worried that production levels won’t be able to keep pace. Between 2010 and 2014, for instance, lithium ion battery consumption increased 73 percent, but production levels only increased 28 percent. And the number of lithium ion “megafactories” – cell-producing facilities with more than one gigawatt-hour of battery production capacity per year – has grown from only a couple in 2014 to over 20 today. Many analysts expect that by 2030, lithium demand could be double or triple its current level.

No risk of total resources supply, but availability for demand

There’s little risk of lithium supplies running low in any absolute sense; the next decade will probably see less than one percent of the world’s lithium reserves depleted. The real danger is that lithium won’t be recovered and made available quickly enough to meet the rising demand.

There are two sources of lithium: brine and mineral deposits. Brine is recovered through a process known as brine mining in which dissolved lithium (and other useful elements) are extracted through a long, energy-intensive, and costly process. Recovering lithium from mines is more straightforward, but most of the world’s lithium is in brine pools in South America. About half of the 35,000 metric tons produced in 2016 came from brine operations in Chile and Argentina.

There are few sources of lithium in the U.S. In 2013 the U.S. produced 870 metric tons but imported over 2,200 metric tons. Of the imported lithium, 97 percent came from Chile and Argentina.

Strong price increase for lithium of 270 percent since 2010 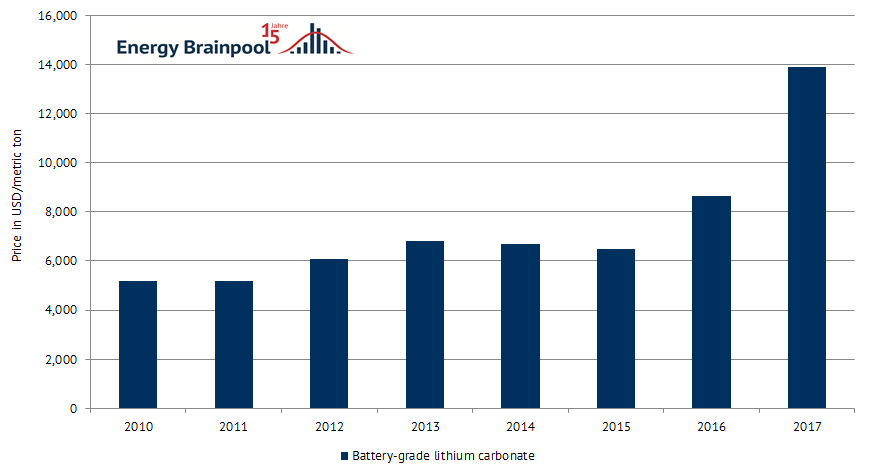 Another problem is that researchers don’t seem to have an accurate tally of exactly how much lithium there actually is. Five different estimates of global lithium reserves made between 2008 and 2010 arrived at five very different numbers. The lowest estimate was 3.9 million metric tons, while the highest figure was 10 times as high. To meet the rising demand for more lithium, lithium mining operations have pledged to open 20 new production sites to the 16 that are currently in operation. The first of these is slated to open next year.

The bottom line, according to Argonne National Laboratory, is that “the available materials will not be depleted in the foreseeable future. … Known lithium reserves could meet world demand to 2050.”

While devices that contain lithium can be recycled, there is no recycling technology capable of yielding lithium pure enough for use in new lithium ion batteries. Going forward, lithium-consuming industries will need to collaborate in order to develop a recycling processes and infrastructure that can better recover lithium and the other precious materials that go into lithium ion batteries.

The bigger issue is the growing demand for truly rare metals like cobalt and graphite. South Korean multinationals Samsung and LG Chem have developed batteries that use more nickel and less cobalt. Cobalt is especially problematic, since it’s often mined in the Democratic Republic of Congo, where slave and child labor are widespread and the political situation is unstable. Securing ethical, affordable sources of cobalt and the other materials necessary for the production of lithium ion batteries will be challenging.

What about rare metals?

Guest authors’ background: Kyle Pennell was the content manager at PowerScout. The company was founded on the principle of leveraging leading data analytics and software technology to provide consumers a marketplace where they can identify suitable smart home improvement projects for their home and find the best contractors to execute them. They are based in the US.

A volatile February 2018 stirs up the industry