White Paper: The effect of a CO2 price floor in Germany

A new White Paper of Energy Brainpool deals with the effects of a price floor for CO2-emissions in Germany. The conclusion of the Berlin-based analysts: A price increase from about 5 to 27.6 €/ton as assumed by the World Energy Outlook is not sufficient to achieve the German climate targets for 2030. A national price floor is able to alleviate that problem in Germany, is however not an efficient instrument in a European context.

Tobias Kurth, managing director at Energy Brainpool, concludes: “As a national instrument, a CO2-price floor of 75 €/ton indeed allows for a massive reduction of German emissions and the achievement of the targets for 2030. Further analyses however also made clear, that such a price level will effectuate that 60 percent of the emissions saved in Germany are then emitted in Germany’s European neighbor countries, due to German power imports.” 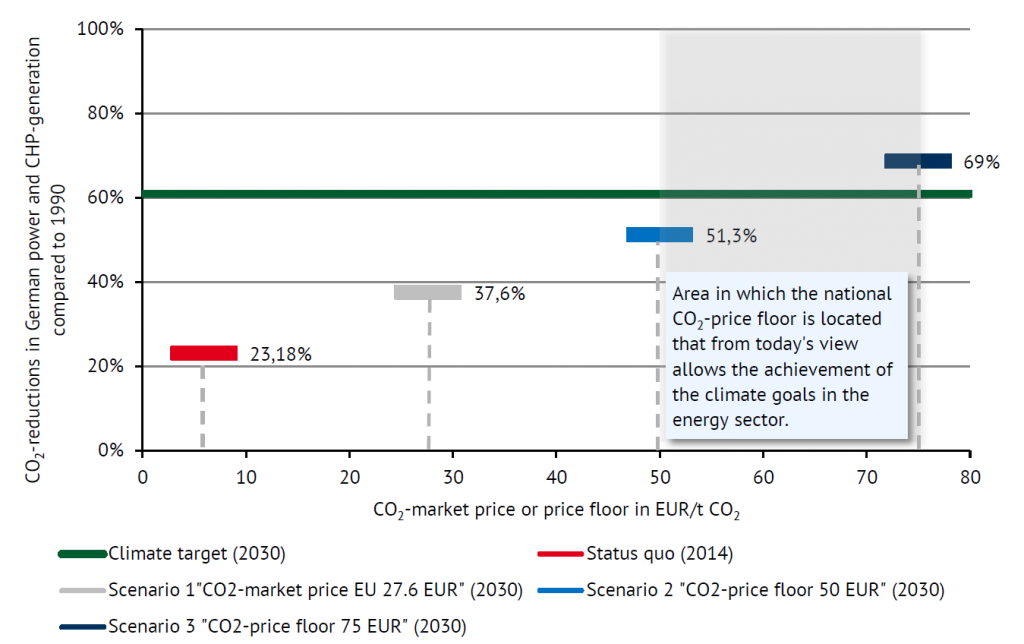 Figure 1: CO2-reductions in Germany (in %) compared to 1990 as a function of CO2 prices (source: Energy Brainpool)

Energy Brainpool’s experts based the study on three scenarios in order to determine the effect of this political instrument on carbon dioxide emissions: Scenario 1 describes the situation today and assumes no price floor for CO2 in Germany, while the prices for emission allowances reach 27.6 €/ton in 2030 according to market assessment by the World Energy Outlook. Scenario 2 assumes that a price floor of 50 €/ton has been implemented in Germany in 2030. Other market prices stay the same. Finally in Scenario 3 a price floor of 75 €/ton is suggested, while other prices remain the same as well.

The assumption of Scenario 1 and 2 are not sufficient to reach the targets laid down in the climate protection plan. Only with a price floor of 75€/ton of CO2 the reduction of emissions is high enough (69 percent) to top the political target of 62 percent. All data and used is based on public sources, while the calculations have been conducted with Energy Brainpool’s fundamental energy market model Power2Sim.