The linkage to the oil price is achieved by not including a fixed price in the gas contracts but a formula by which the gas price is calculated using the oil price.

The reason for the time offset is that the price is only periodically adapted to the oil price. Thus, the price escalation clause is applied.

Figure 1 illustrates the pricing: We want to determine the gas price from January. To calculate we take the average of 6 months. The time-lag determines that we do not include the prices for October to December. Consequently, we take the average from April to September. The calculated price is valid until March inclusive. In April the price is calculated from July to December. Prices from January to March are excluded due to the time-lag and so on.

So far only HEL Rheinschiene (heating oil in Germany) and Gasoil prices have been discussed as clauses. However, it is common to integrate further clauses in contracts and combine them.

According to the parties’ wishes and fantasies, prices can be bound to economic growth, inflation, exchange rates. Common indicators are listed in table 1: 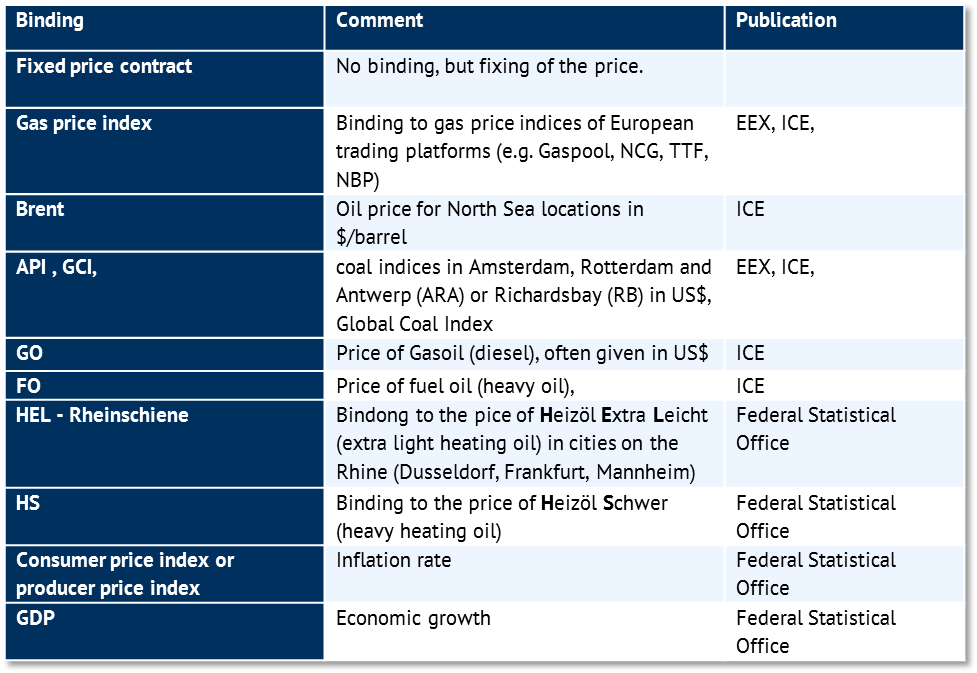 Not every index is suitable. The index should be recognized, resilient, always available, transparent and tamper-proof. These factors are usually given when the index is based on liquid products. Known examples are listed in the following table: 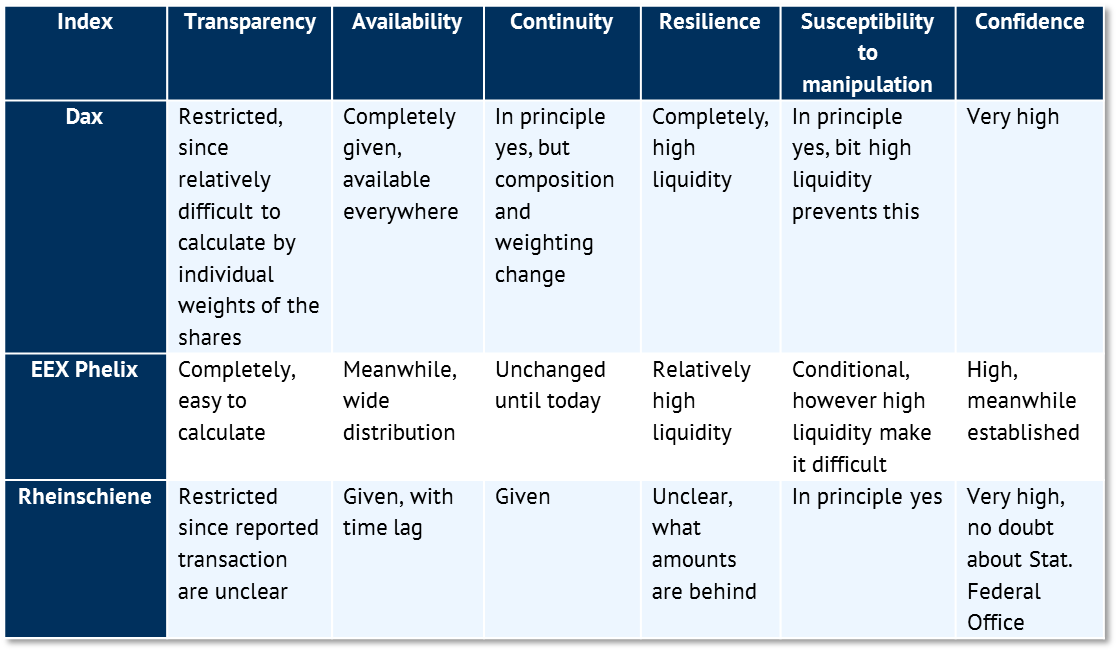