Huge efforts are required in order to achieve the targets in the German climate action plan 2050. According to Agora Energiewende, increasing renovation rates, the installation of heat pumps and a stronger expansion of renewable energies will be necessary.

The study “Wärmewende 2030” (Heating sector transition 2030) by Fraunhofer IWES and IBP examines key technologies and approaches for decarbonizing the heating sector. In order to arrive at a greenhouse gas emission reduction of 55 percent until 2030, several factors have to interact the study says. Figure 1 shows the emission budget of Germany in terms of the country’s climate goals (Source: Agora Energiewende). With about 800 TWh, the building heating sector is responsible for roughly 20 percent of Germany’s energy consumption and greenhouse gas emissions.

Energy efficiency first is pivotal in that regard, where the final energy consumption of heat in buildings shall be reduced by 25 percent until 2030 compared to 2015. The crucial element for achieving that goal lies in the renovation of existing building stock, currently making little progress. It will therefore be necessary to turn around the utterly insufficient development trend in energy-saving renovations. A renovation rate of at least 2 percent along with a considerable renovation depth will be required for a success according to the study. 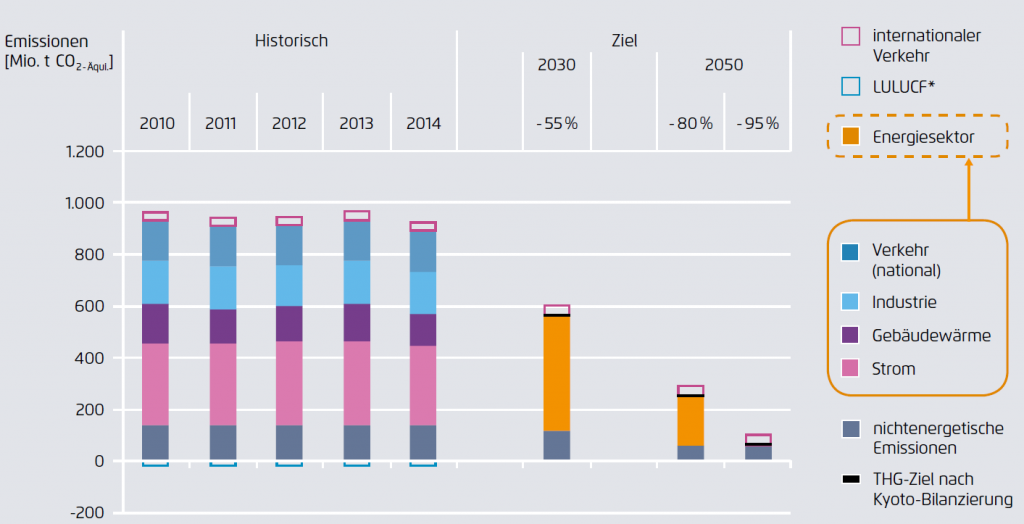 An additional requirement in the heating sector is the exit from oil (heaters). This means that a climate-proof and cost-efficient heating mix in buildings in 2030 will almost entirely get rid of oil, whereas the share of gas is to level at around 40 percent, the one of heat pumps at 25 percent and the one of (district) heating grids at 20 percent. The declining share of oil in the heat provision therefore has to be replaced by heat pumps and (district) heating grids. Figure 2 depicts the heating mix of German buildings with different scenarios concerning the level heat pumps play in the fulfilling heating demand in 2030 (Source: Agora Energiewende).

Figure 2: Heating mix in buildings in 2015 and 2030 with different shares of heat provision by heat pumps (source: Agora Energiewende)

„By 2030 Germany requires five to six million heat pumps in order to achieve a reduction in greenhouse gas emissions by 55 percent in 2030 and at least 80 percent in 2050”, reads a central claim of the study. According to actual trend scenarios for the expansion of heat pumps however reveals a heat pump gap of three to four million. With flexible control and management of heat pumps, as well as the replacement of electric night storage heating by modern heat pumps, these additions will only marginally increase the peak load in the power sector.

For a climate-friendly generation of heat by those heat pumps, a considerable expansion of renewable energies in the power sector has to materialize. For 2030 a renewable energy target of at least 60 percent share in gross power consumption is needed. The current goal of the Government is limited to a share of renewable electricity of 55 to 60 percent in 2035. The installed capacities and the peak load of the baseline scenario of the study for the year 2030 is shown in figure 3 (Source: Agora Energiewende). 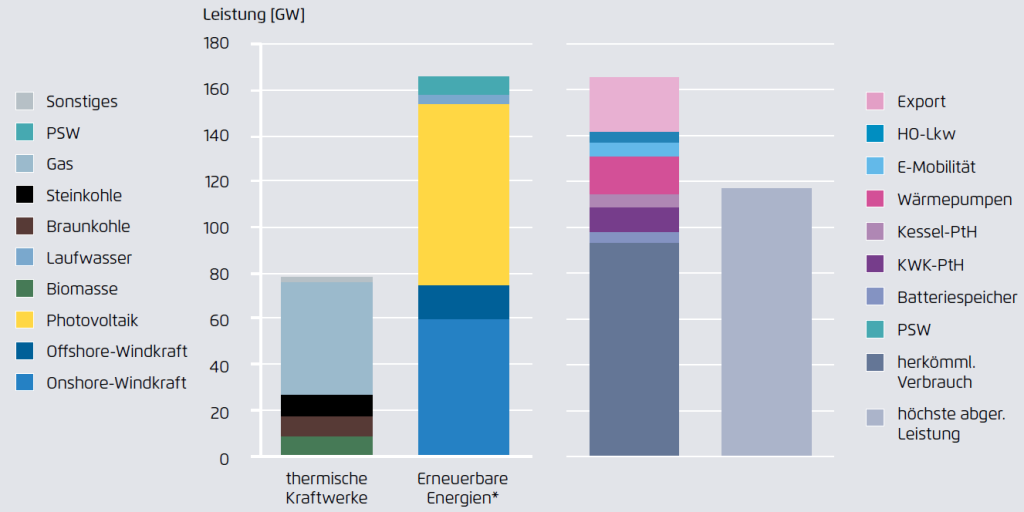 Figure 3: Installed capacity (left) and peak load (right) in the baseline scenario of the study for 2030 (source: Agora Energiewende)

Power generation as well as consumption is expected to reach about 600 TWh in 2030, representing no substantial deviation from today’s values (only possible of course with energy efficiency measures). The scenarios for 2050 with a reduction of greenhouse gases of 83 or even 95 percent however show that a considerable increase in electricity consumption and thus also in the required electricity generation in the range of 200 to 400 TWh are required. This additional generation is depicted according to power generation technologies in figure 4, where especially the generation from PV (300 TWh) and wind (600 TWh) rise significantly (Source: Agora Energiewende). 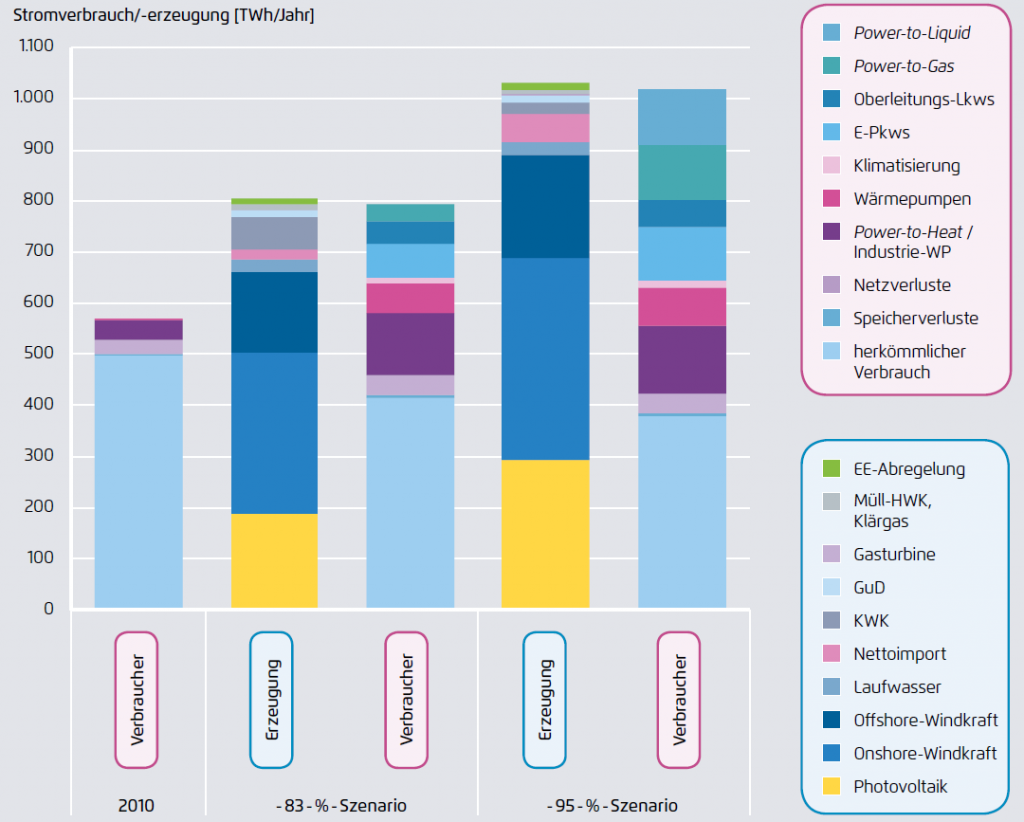 When today’s expansion of renewable energies and the low renovation rates are extended into the future, it is highly improbable that a decarbonization of the heating sector is possible. Only pronounced countermeasures to support the renovation of existing buildings, as well as stronger expansion of wind and PV will allow for the government’s targets in the climate protection plan to take a step closer to reality. To what extent the new building energy law – passing the Cabinet next week – will be conducive to reach these targets, remains to be seen.

6. Symposium energy market of the future: well-known experts on current developments of the energy sector