Even though generating capacities for wind and PV grew in 2016, the electricity generation of both renewables declined by about 1 percent compared to 2015. Power generation in gas-fired power plants experienced the highest growth with an increase of more than 40 percent. 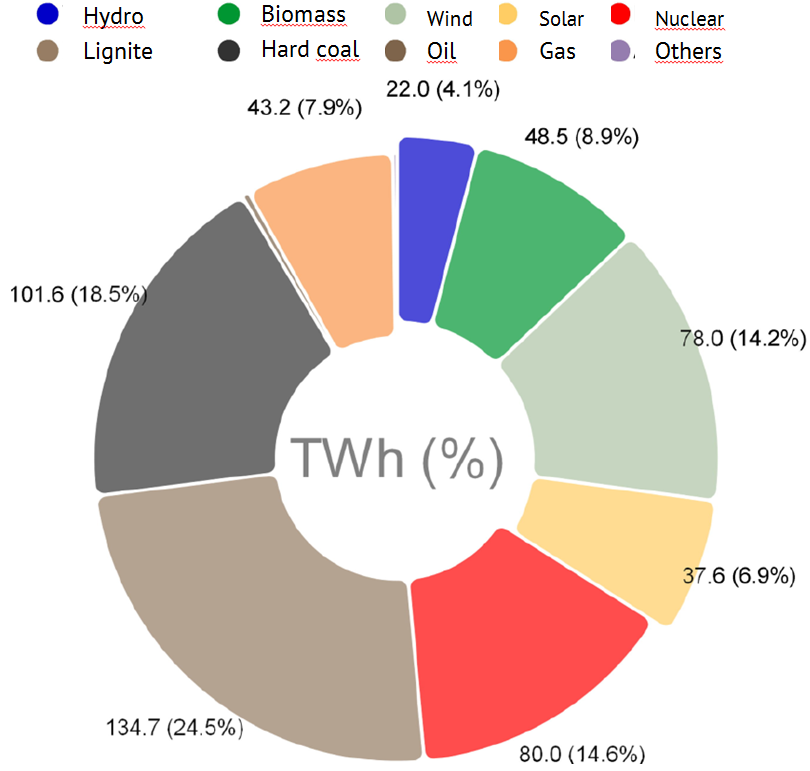 With a share of roughly 70 percent over several days during the Christmas holidays in 2016, renewable broke another record. The biggest winner of last year has undoubtedly been the gas-fired power plants, which generated about 43 TWh of electricity for the public supply and thus increased their generation by 40 percent compared to 2015. Figure 2 shows the year-on-year change in net electricity generation by different energy carriers. Lower generation from nuclear power plants as well as from coal-fired generation has mainly been replaced by gas.

In addition, a new record for Germany’s power export to its European neighbors has been evident in 2016. Of those 50 TWh of power export, roughly 4 percent above the one in 2015, most of the electricity has been exported to the Netherlands. Other countries which imported a lot of Germany’s power have been Switzerland (mainly as a transit to Italy), as well as Austria and Poland. The yearly average Day-Ahead power price declined compared to 2015 and settled at 28.2 EUR/MWh. Adjusted for inflation this is roughly the level of power prices in 2002.