The electricity production from variable renewable energies (vRES) increased by 13 per cent compared to the previous month. This is shown by the generation data of ENTSOE Transparency. June’s sales values of wind onshore and offshore decreased by roughly 18 per cent. In contrast to May 2017, the sales value of PV declined by only 7 per cent.

The sales values represent the weighted average vRES market revenue. The key performance indicator of the sales revenue is explicitly defined in the white paper “Valuation of revenues of fluctuating renewable energy sources”. 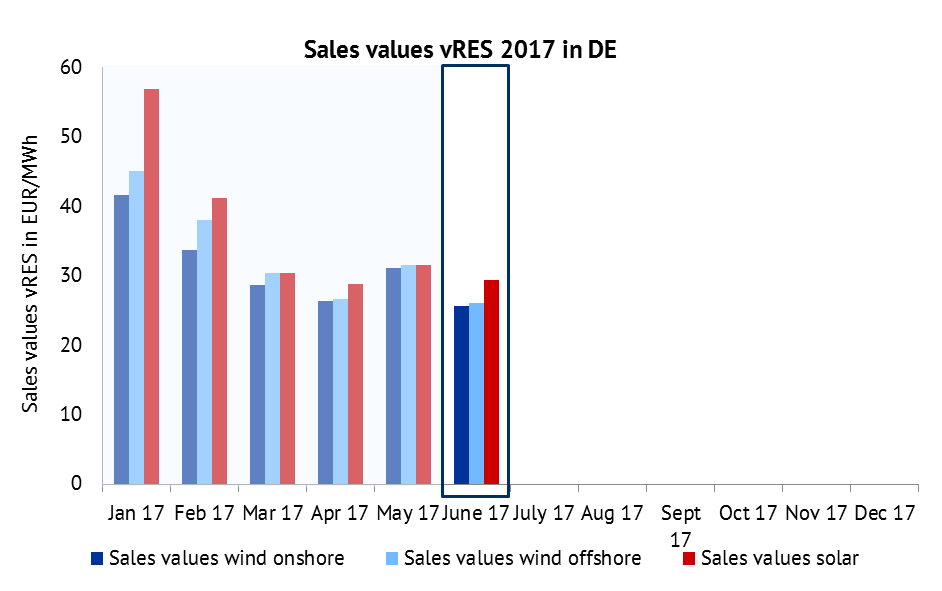 Due to electricity shortages in France, which resulted in high average electricity prices achieved by vRES plants, sales values reached their peak in January 2017. Reason for the significantly higher sales values for solar power plants compared to wind is that PV feeds in during periods of high electricity demand (by day); plus wind generation often occurs during times of low electricity demand. 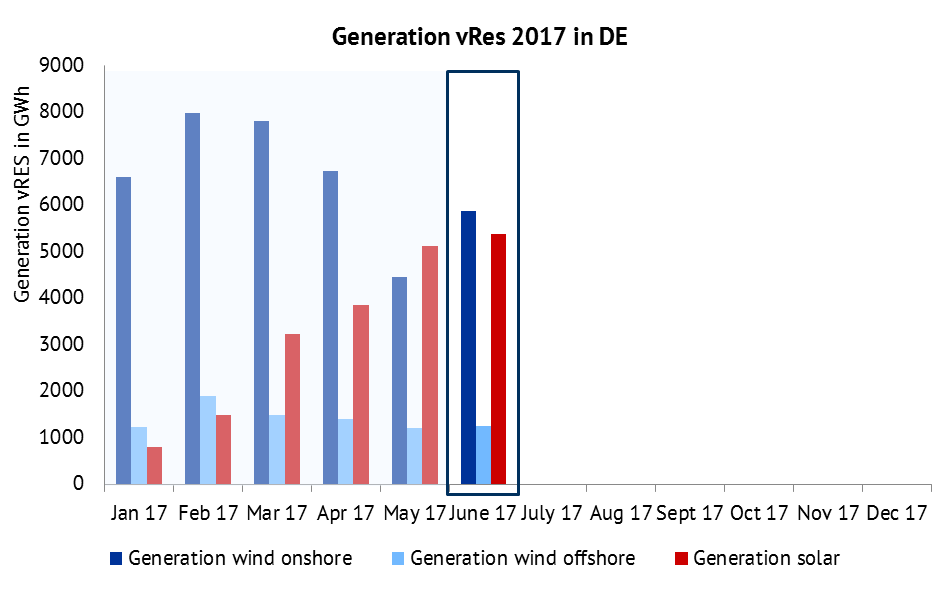 In June 2017, all volumes (solar, wind onshore and offshore) were marketed at positive prices. From January to May 2017, the average share of generated volumes with negative prices trans-technologically was at about two per cent. While wind onshore generated a comparatively high amount of electricity during the first four months, May was far behind with regards to the previously achieved levels. This trend was interrupted by June 2017: production increased by 32 per cent. For seasonal reasons, PV generation is also rising, generally reaching its peak of the year in June and July 2017. Wind offshore production remained relatively constant over the recent months.

Development of sales revenues of vRES in 2017

The sales revenues describe the technology-specific revenues of all onshore, offshore and solar plants in Germany. Sales revenues of vRES are calculated when multiplying sales values by generation volumes at positive electricity prices (sales volumes). Due to the risen full load hours of PV in May and June 2017, the sales revenues of PV power plants exceeded the volumes of wind sales revenues despite the lower installed capacity. The revenues of wind onshore correlated much more with the baseload prices and fell to a low in May 2017 after the high at the beginning of the year. Revenues increased accordingly parallel to the higher production in June 2017. 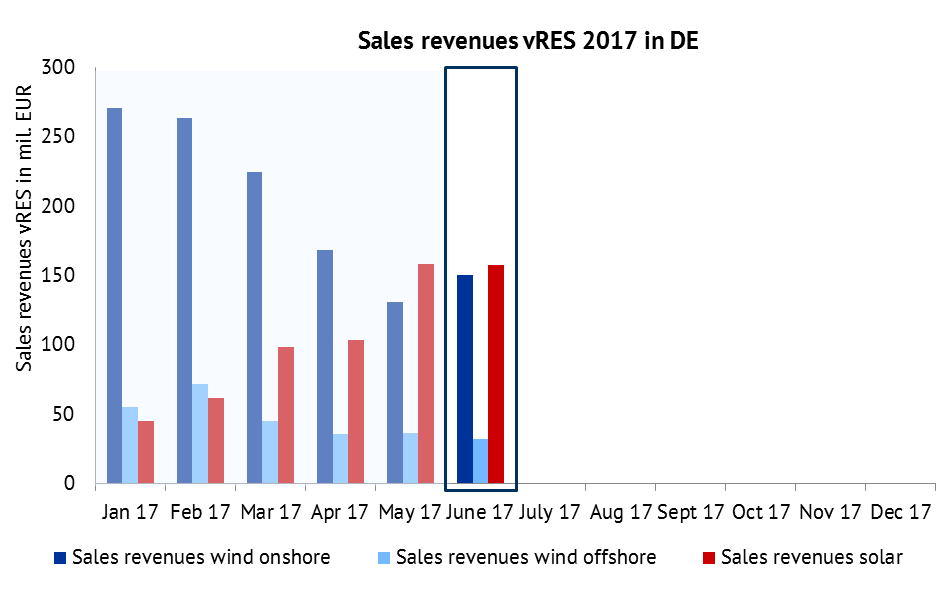 In June 2017, baseload prices amounted to 18 per cent below the year’s average. This is due to the high price level in January 2017 and partially also February 2017. The price level is attributable to the failures of French nuclear power plants which led to increased demand for electricity from the German market. 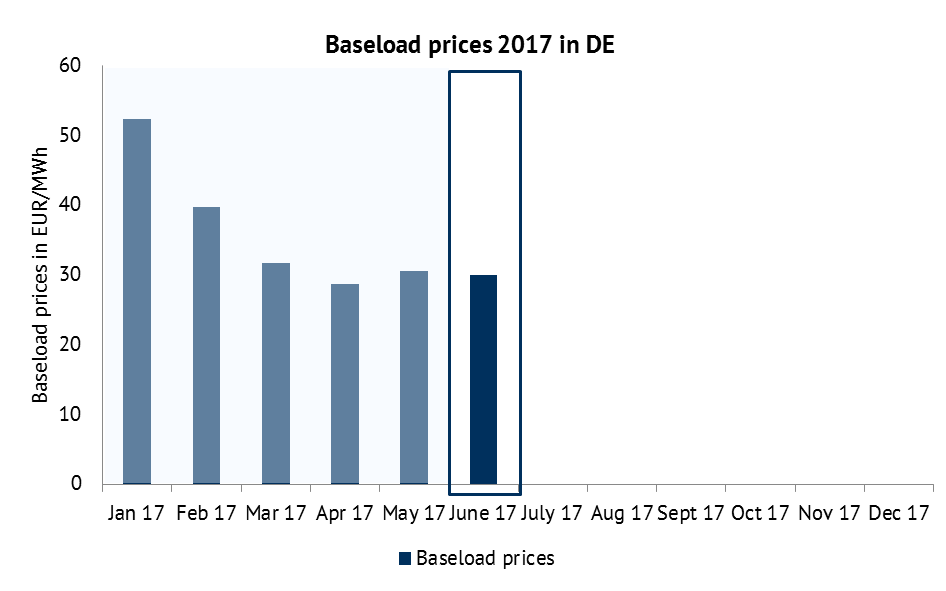 Since March 2017, electricity prices have settled at a level of around 30 EUR/MWh. In April 2017, very low and negative prices led to a decrease of the price level. In June 2017, the high production of vRES particularly on weekends pushed the prices down and thus, the monthly average.

Development of sales values of vRES in Germany, France, Spain, Italy and the UK

In other European countries, sales values of solar and wind onshore follow a similar development like in Germany, however at different levels. The main reason for the differences is the generally varied price level due to differing demand patterns, generation structure and fossil fuel prices.