September 2017 has brought a real price rally in the futures market. In addition, it became clear that biomass at least for the tender system is a technology on the phase-out. Applications of blockchain appear more frequently, as TenneT, IBM and Sonnen demonstrate. While the renewable energy targets for 2020 seem to be more …

…difficult to reach, the German renewable energy levy EEG might fall to a lower level in 2018. Find more details in this article.

Nothing new in the biomass tender

It seems as if the remark of Barbara Hendricks (SPD), Federal Minister of the Environment, in the beginning of 2016 “Biomass serves as an interim technology”, came to be true in the end. The first tender of biomass in Germany, according to the Renewable Energy Law 2017 from 1st of September 2017, was not really successful. Merely biddings in the amount of 41 megawatt were submitted compared to a total advertised volume of 122 MW. Of these biddings, only 28 megawatt were awarded by the Federal Network Agency. From the point of view of the market participants, the low involvement can be blamed on the “low” maximum permitted bidding value of 14.88 cents/kWh (in comparison to wind tender: 7 cents/kWh; PV: 8.91 cents/kWh). In contrast to the tendering of wind and solar, even old plants were allowed to compete for a renewed subvention. Only one bidding of a newly erected plant was accepted, whereas the remaining 23 projects were existing plants. Consequently, the price pressure was significantly weaker than compared to wind and solar tenders. The medium value for an accepted bidding was 14.30 cents/kWh (source: Federal Network Agency). Therefore, the biomass sector is demanding a modification of the tender conditions.

Blockchain for the grid

The pilot project of Tennet and Sonnen to integrate PV-based domestic storage systems into redispatch measures is taking shape which was announced in May 2017,. 6000 small batteries from the entire federal territory are planned to be connected in order to provide a greater flexibility for the electricity grid. According to Sonnen vice president Dilthey, first conclusions can be drawn at the turn of the year. By spring 2018, the consortium, consisting of TenneT, Sonnen and IBM, wants to achieve an overall interconnection of all domestic storage systems (source: Bizz Energy). Plug-and-play components are provided by IBM with their Hyperledger Fabric Blockchain. Especially the topic of blockchain guarantees valuable insights for the energy market of the future with millions of connected devices.

Levy for EEG is promising, RE goals are flopping

According to Agora Energiewende, the levy for EEG will be slightly decreasing in 2018. The levy will decrease by 0.3 cents/kWh amounting to a value of 6.74 cents/kWh. The official levy will be published by the four transmission system operators on the 15th of October, 2017. The reasons of the decreasing levy are considered to be due to increasing wholesale electricity prices in 2018. This is already indicated by the futures market prices. Consequently, the difference between market prices on the spot market and feed-in remunerations for Renewable Energies will be lower, which will have the same impact on the EEG levy. Another reason can be found in the high surplus of the EEG account. In the outlook for 2019, Agora Energiewende conversely predicts an increase of the levy amounting to above 7 cents/kWh. Between 2021 and 2023, the maximum of the levy should be reached (source: Agora Energiewende).

On the contrary, the prediction for the attainment of the RE expansion in Germany for the year 2020 is rather negative, according to the Bundesverband Erneuerbare Energien (BEE). 18 per cent of the final energy consumption should be provided by Renewable Energies in 2020. In the end of 2016, this share lied at 14.6 per cent. The forecast of the BEE anticipates a level of 16 per cent under current conditions (see Figure 1). One possible reason can be identified by the overall increasing energy demand, especially in the heat and transport sectors in Germany (source: BEE). 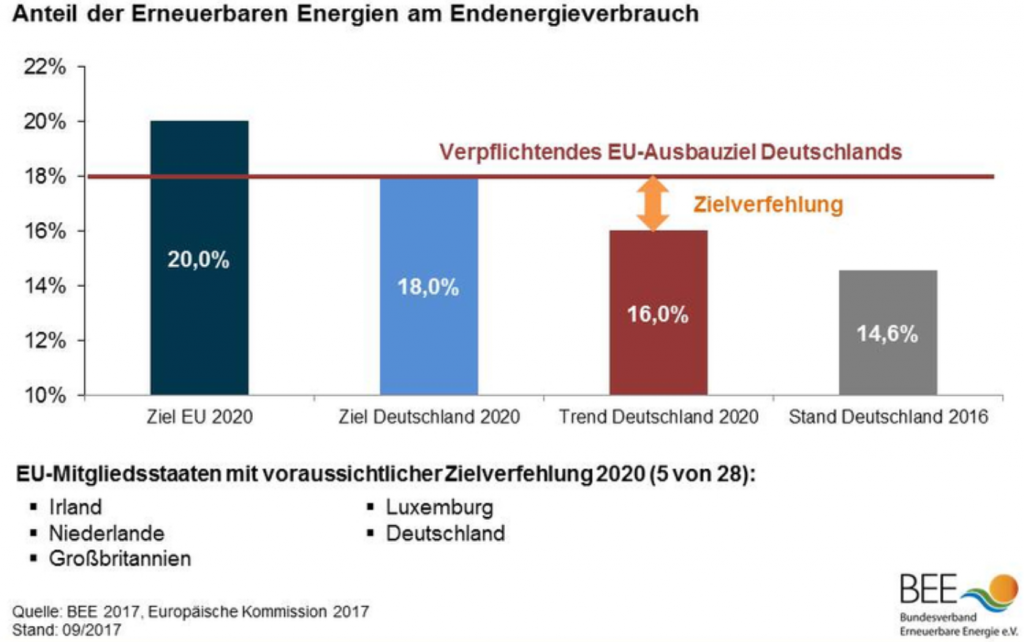 Figure 1: Share of the renewable energies of the final energy consumption in Germany (only in German). Source: BEE

In September 2017, the energy markets are very bullish. The front year for the base load supply rose to the highest value for three years and settled in the end of September 2017 at 36 EUR/Megawatts. This growth was mainly driven by the high commodity prices. The coal price index API2 increased due to a high demand from China and India to over 80 USD/ton. Furthermore, strikes in the exporting countries Australia and Colombia led to tensions in the market. At the same time, the prices for CO2-certificates increased to 7 EUR/ton, which means a maximum since 2015. Insecurities concerning the treatment of CO2-Certificates after the exit of Great Britain from the EU were predominant factors for that (source: Energate). In total, the electricity market in the front months and quarters was also driven by the renewed concerns about the availability of French nuclear power plants in the winter months (referring to new examinations by the French nuclear inspectorate) (source: Energate). Figure 2 shows the price development for August and September 2017 concerning the front year base load supply of electricity in Germany and Austria for 2018.

As well as in August 2017 negative prices occurred in September 2017. This happened on Monday, 11th of September. On this day, a weak demand was confronted with a strong wind feed-in. Furthermore, in mid-September, the electricity generation was characterised by high wind peaks. Compared with this, a low electricity generation from wind energy occurred at the beginning and at the end of the month. This was also reflected in the electricity price curve at the spot market of EPEX Spot. Figure 3 illustrates this relationship.

Five theses on the energy market for a “jamaica” coalition